we do our best work
on the water

Rottnest Cruises operates from one of the world’s most breathtaking and popular holiday locations, Rottnest Island. Our interactive, gourmet dining concept – the Luxe Island Seafood Cruise – is the only one of its kind in Australia.

We present our cruise on a purpose-built, 69-ft charter boat, The Crusader III. The multi-level vessel is fully equipped to combine the excitement of fishing and sightseeing, with wining, dining and relaxation.

Our friendly crew are highly trained and follow a strict charter that revolves around quality, value and uniqueness. Our team’s focus is always on the highest standards of safety, service and professionalism.

We are proud to say that we are regularly inundated with positive reviews from our guests. As well as annual Traveller’s Choice Awards, we receive consistent 5-star ratings on Trip Advisor, Google and social platforms.

We look forward to welcoming you on board!

cruise with us
give as a GIFT

Our parent company is Sea West – a proud, family-owned and run business, with a longstanding reputation as one of the leading tour operators in Australia. Our owners have combined experience of more than 85 years in commerce and marine tourism.

Sea West is renowned as an innovator in Australia’s tourism industry and we work hard to promote our State as the incredible destination it is.

We offer an exclusive collection of unique marine tourism experiences, located in Western Australia’s most beautiful places. Our cruises and tours attract many thousands of delighted guests every year.

ON THE WATER IN
Western australia

Since 2010, we have run the award-winning Mandurah Cruises in Mandurah.

Our Rottnest seafood cruise first launched in 2018, bringing a high quality foodie experience to WA’s favourite holiday island. A new and enhanced Luxe Island Seafood Cruise launched in late 2021, with the majority of its seasons a sell-out, ever since.

Introduced in the Margaret River region in 2022, was a unique and tempting culinary addition ~ ‘Taste of the Bays’ by South West Cruises. The Dunsborough-based cruise has received endless rave reviews from food and wine-loving locals and visitors to the South West.

After two highly successful seasons in Broome in 2021-22, Broome Cruises‘ popular Sunset, Seafood & Pearling Cruise will launch its 2023 season in May in Australia’s Kimberley.

Fabulous trip, a brilliant way to see the best of Rottnest while feasting on delicious fresh seafood and as much bubbly as you want! Great value for money. Would highly recommend.

What an awesome experience!! Food was fantastic and the staff are second to none. I couldn't recommend this cruise enough.

Fantastic cruise, wonderful crew, great food and beverages- would certainly do it again

Thank you Rottnest Cruises for a spectacular trip yesterday. Staff so friendly and helpful and the food was amazing. Highly recommended!!!

A really excellent tour. Loved the pot pulling and the lobster meal was amazing. Thank you chef Carolyn. 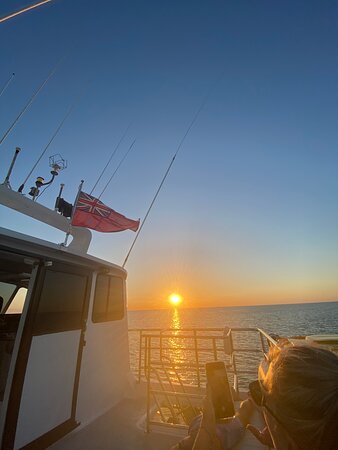 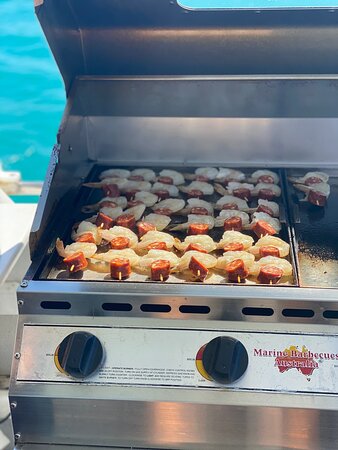 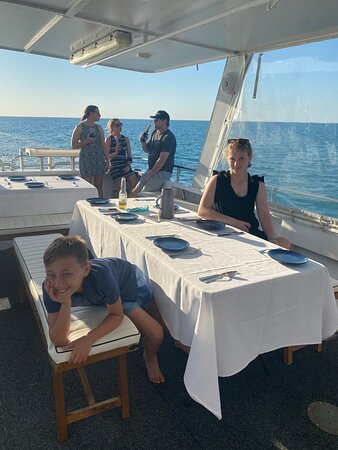